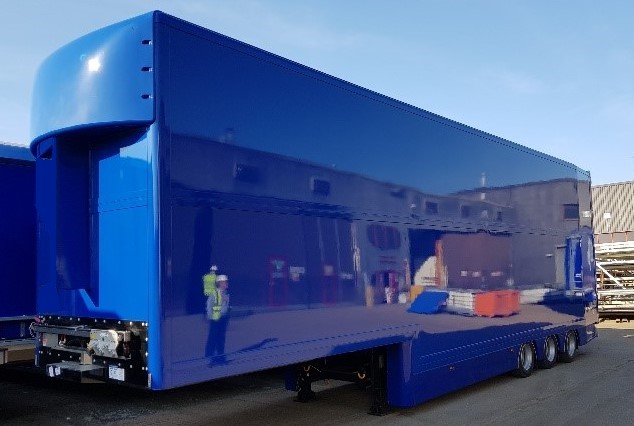 The world’s top scientists seem to be pretty much in agreement about the dangers and the causes of global warming. The world’s populations are becoming increasingly strident and vociferous in expressing their concerns. Similarly, the world’s leaders are coming together in agreement about the scale and urgency of the problem. Level of CO2 continue to rise unabated, bringing increasing levels of risk to our environment and our health.

Good news from the transport sector.

However, there is good news close to home – in our own transport sector. Increasingly, research is being carried out to develop design solutions that will make a serious impact on CO2 emissions from large vehicles. In one instance, a UK Consortium has developed a new breed of lighter, more efficient double-deck trailers. These will cut CO2 emissions and boost operating efficiency.

Funded in part by the government agency Innovate UK and partly by industry bodies, the research has two main goals – Wind tunnel tests have already been carried out on changes to the original prototype double-decks. These include

Early results suggest a dramatic improvement in efficiency.  Pressure measurements were taken at the front and rear of the trailer, with data suggesting the new top moulding and vertical blade offer a combined 6% reduction in the trailer’s drag coefficient. Meanwhile, the tapered tail adds a further 3.4% – a combined reduction of 9.4% CD. Saving on fuel – Helping the world

The consequences for fuel-saving with these developments are considerable. Early signs are that a significant 11.2% less diesel per tonne-km of transport work will be used than the standard trailer (9.1% due to increased payload; 2.1% from aerodynamics)

Tesco’s participation in the double-deck trailer project will play a part in Tesco’s long-term ambition to be a zero-carbon business by 2050. Its road transport operations will play a significant role in achieving this target. The company has committed to reducing CO2 emissions per-case-of-goods-delivered by 25% compared to their 2011/12 baseline.

Aerodyne is delighted to be playing its part in this research. We look forward eagerly to supporting and contributing further to this vital project.